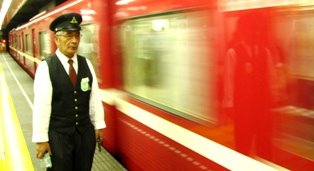 Run run run catch the train start the work. This is how Japanese are programmed. They are real hard workers [Mainly physical work] but have lots of dedication and by nature they adhere all the rules and regulations. No hurry and no messy work culture, very professional in their approach to work. The work hours normally starts around 9am in the morning most of the Japanese will be present sharp at the opening hours.

Then their scheduled work starts. During the lunch break about an hour time they spent time on eating and sleeping. You can spot many of them sleep in the office during lunch break and resume operations exactly after the break hour.

However, their secret of success with Quality is that they just programmed to do what they suppose to do. Each person in the organization has a particular work programmed and he will know and do only that part of work. The Japanese work men never try doing some thing new. They will just follow those lined by somebody. I also doubt after their inventions during 1945-1967, things are slowed down and not much of improvements or inventions with Japanese products. But they still enjoy those created post World War II like Trains, Electronics and Infrastructure. Their foundations to the work in the initial days are clean and planned with long term view, which helps the new generation of Japanese people shine in their work. However their skills in Information Technology are really not upto the mark.

Culture
Though many of the cultural habits have come from China to Japan, the Japanese behavior towards culture is distinctive. Let it be a culture of past or the today’s modern society, The Japanese follow things in a unique way. As I have discussed in the previous blogs the Family and Love the Japanese have already bound themselves in a controlled circle. But they have a passion to look western style. I said passion to outlook of Japanese. If Armani introduce a fashion dress I think Japanese are the first people to dare to wear whatever pattern that is designed. The shy natured Japanese girls towards communication have always seems to be ignoring their shy while it comes for dress, you can see any kind of dress code in Japan from lingerie to a denim jean. Japan hosts people with a wide choice of interest in their dressing, from western style to Kimonos. They both could be spotted simultaneously in the roads, trains and work places.
The Japanese culture have always had a greater feeling of respectfulness, they

give more respect to an elderly person everywhere. Surprisingly the younger crowds in the jam packed trains have started forgetting those respectful images. Even in the seat allotted for Patient/Elderly/Pregnant Women/People with infant find it hard to secure their seats from people of other age and category.

In an hand I’m carefully looking at them celebrating and following their ancient way of cultural activities like Obon festival, Family crest, Sumo wrestling, Kimonos, temples and funerals the Japanese also have taken their cultural mix with western society heavily like dance club, ultra modern dresses, divorce, festivals and other sorts. Except in the case of Westerners of Japanese ancestry, Japanese names appear in their proper order, with the surname preceding the given name 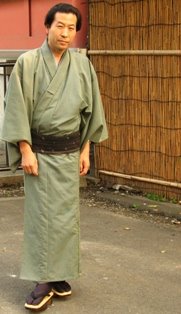 Though Shinto religion [followers of Sun Goddess] is their original religious in the early days of Japan history, about 600AD onwards Buddhism created a strong impact on the soil of Japan. Shinto is a tolerant religion which accepts the validity of other religions. It is common for a believer to pay respects to other religions, their practices and objects of worship. However the Japanese emperor is believed to be a descendant of Sun goddess [a God in Shinto religion]. The Japanese Imperial family is the oldest hereditary monarchy in the world. The family's lineage dates back to the sixth century BC, though the title of Tenno (emperor) or Sumera-Mikoto (heavenly sovereign) was assumed by rulers in the sixth or seventh century and has been used since. And the imperial family used to be controlling the entire nation and its invaded areas. The complete separation of Japanese 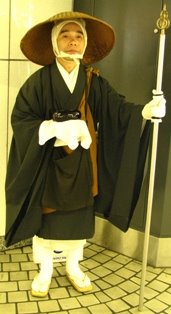 religion from politics did not occur until just after World War II. The Emperor was forced by the American army to renounce his divinity at that time. Shinto and Buddhism are followed by about 84% of Japanese today and Christianity is been accepted by a minority 1% of the total Japanese.

Though all the above information is a share from some of my elderly Japanese friends and Internet, I have also assumed a grater important that Japanese have given from very old days those are Entertainment, Arts and Sports. The Geishas [traditional Japanese artist-entertainers] those who does a wide variety of arts, including Japanese musical instruments (particularly the samisen) and traditional forms of singing, traditional dance, tea ceremony, flower arranging (ikebana), poetry and literature. These people are the examples for the Japanese entertainment nature from very long time. Of course the today’s modern Entertainments like Theme park, Cinemas and club activities are also very much popular in Japan. In other hand I also seen peggers in Japan Railway station, they are neatly dressed unless other peggers of Asian countries. The picutre here in the right side has been taken in Shinjuku Railway station, He is a pegger. Japan culture today stands a mixed mode giving room to the ancient and western force together.

Yes, really. And I have faced it. Let's discuss this question. Here or in PM.