The effective use of public transport is a key feature of . Here almost all the visitors get surprise by seeing the different types of public transports start from buses to air-buses. However Trains are the widely used transport facility for Japanese; no where in the world one can see a maximum number of different trains and types. To name a few: 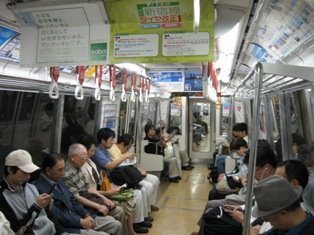 The second fastest train in the world is shinkansen, these trains can reach upto 350kms per hour. Initially this train introduced between and . I heared many people use to compare and as Newyork and San Francisco respectively. Later the shinkansen were introduced other part of the country, today one can travel almost all major cities of japan through shinkansens. The worlds fastest train is in France, however the 2nd version of shinkansens are underway to go for test run in Japan, that may overtake France in the near future. Shinkansens are introduced four decades before this post. 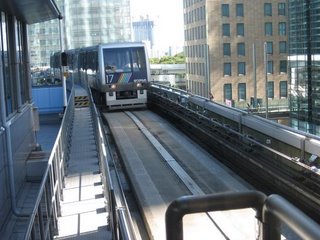 Yurikamome an un-manned, elevated train with rubber tires connects the man made island called odaiba district of Tokyo to rest of city. This train also travels on top of the famous Rainbow bridge. This train is more than a transport considered a attraction to the tourist as it travels on the shore side of . One can really enjoy sitting inside the train with the scenic view of .

Another key attraction in Japan is their monorail tracks, There were about elevan monorails operational in Japan. When somebody gets into the monorail for the first time I’m sure they are gonna feel like floating in the air. This train is actually run on a single concrete beam with magnetic and wheels assisted. It’s a fun traveling the monorail as you can see it goes up down and sometimes under the ground and some time over the flyover. The first mono ra 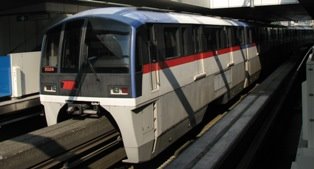 il in Japan was introduced about 1958 inside the Japan's largest zoo called Ueno park. The Ueno park monorail runs for just 90seconds covering 0.3 kms and between two stations inside the park. The Tokyo Mono Rail which runs between Hamamatcho station to Haneda Airport is the busiest and most successful monorail in the world. This monorail has 6 coches with different trpes of seating arrangment and can go upto 80kms speed. There again two types of mono rail operated by Tokyo Monorail, one is the Rapid which stops only 4 stations and other one is local which stops in all the ten stations.

The most utilised train system under the ground all over tokyo. I doubt if anybody in tokyo try to make a borewell may probably get stuck with the subway train system. As the subways are like a mesh or net under the tokyo. I was asking my friend here, So much of subway tunnels are here will it not create a hollow under tokyo? But my question makes sense if you really look 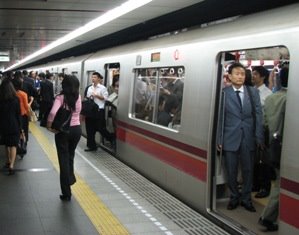 at the subway train tracks, its well connected and there are several lines running there and here of tokyo everywhere. The beauty is that each line is under another line, and the tokyo facilities are still growing and everyday there is a new tunnel work is progressing. The lastest one that operates in tokyo is Oedo Line. However very soon the people of tokyo going to see yet another line under tokyo. siva 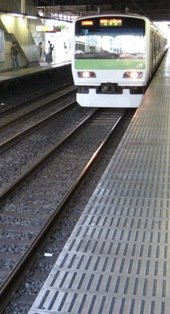 This is not all about Japan trains, they have enough models of coches and EMUs, most of the trains are runs with electric power but they also still run some diesel powered trains. The JR lines of japan is also progressively developing new Train facilities every now and then. There are lots of information about the train fares, tickets, daily, monthly and other passes used in these train facilities.

Though the Japanese makes outstanding performance in the railway network, Their train fares are upto the sky. For a daily pass in the Tokyo city you may have to spend about $10, which is nearly equalant montly train expense of India including one long distance trips.

Aswesome post Siva on Japan raiway system. I am from Wipro and in next month I am coming to Tokyo. I may stay there for more than a year. can you give me your id so that I can chat with you