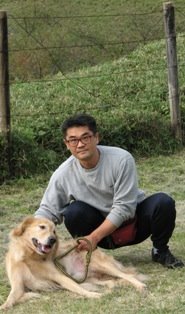 Gizmos are the most known things about Japan, but in the series of my articles I’m trying to bring some of the other not so popular stories of Japan in my blog here. One of the things which attracted me is the pet loving nature of Japan. Because from the day one,one of the activities of Japanese people which really attracted me are their pet walks. I have been noticing the high importance that they give to their pets .

The Japanese make their pets wear shirts, skirts, pants and other suites. Though it is fun watching ,the truth behind this fun shows their affection with the pets. For me it is real fun watching the dogs dressed up. Sometimes the dogs hair are decorated with different styles, I think there might be a hair stylist also for these dogs. I have not seen the elderly or the middle aged people playing with them, but seen lots of Japanese of various age group play, dance, walk and do all other activities with their pets. Here pet means mostly the dogs. The Japanese have really integrated their life with their dog friends. The sizes of the dogs vary from giant size to pocket sized dogs. Mostly the people like to have smaller sized cute dogs. I used to see an elderly person in my area daily walking twice or even thrice with his pet for the pet to get relaxed. He carefully watches for all the reactions of his pet and identifies its need.

If you walk in to any Electronic shop or even a smaller sized provision store you will definitely find a separate section for dogs and other pets. The giant shops are even one step ahead and are selling readymade clothes for the dogs. You can see clothes of different sizes and designer dresses for the dogs. I assume the Japanese may even be ready to pay for getting designer dresses from Italian fashion designers for pets. Not only the dresses, I have also found from the BBC website stating a news about the Japanese product that helps the dog lovers to understand the barking sound with some human understandable sentences. This helps the dog lovers to understand the needs of the dog; it stated that this device can intimate the emotions of the dog to the dog owner like Fun, Self-expression, Demand, Sorrow, Menace, Frustration etc. This device will be attached to the collar of the pet and it receives the communication from the dogs bark sound. Man, :-) you guys (Japanese) are far ahead. 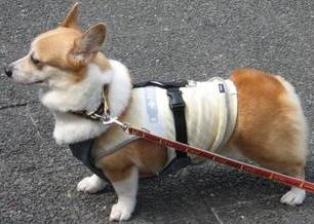 My internet search has also found some useful information about the dogs of Japan (the traditional Japanese dogs). Japanese seems to believe that the dogs of Japan have descended from the wolf. There was interesting story also found on the internet however the courtesy of this story goes to the respective people (The original information is found here) and it’s not my story anyway. Here it goes; this is the old tale about the ancestor of Kisyu Inu, passed down by word of mouth around Wakayama Pref.

Once upon a time, there lived a good gun man in Sakamoto village in Kinokuni (Wakayama Prefecture now). His name was Yakurou. One day Yakurou found a wolf ,troubled with a piece of bone sticking in its throat, on his way home back from Singu. He helped the wolf. When he let him go off, he said to the wolf,"I want to have one of your children, if you don't mind." After a while, one little wolf baby was left at the door of Yakurou's house. He named the baby Man, and brought him up with tender care. Man became a good hunting dog. He was called "Dog of Yakurou”, and was loved by all villagers.

When the Lord of Singu came to go for hunting in the mountains,calling gun men together from the villages around here, Yakurou joined it with Man. Hunting started. The lord was watching the hunting from the top of the mountain. A huge wild boar jumped on the Lord. At that time, one dog attacked that huge wild boar, so the Lord was rescued from danger. The Lord asked to the village people,"Whose dog is he?" They answered, "This is Yakurou's dog in Sakamoto Village." The Lord admired his dog and gave him lot of presents. Yakurou went back to his village with Man.

The village people talked each other,"Yakurou and Man are great!" One day Aunt of Yakurou told as follows; I hear this dog was presented from the wolf. It is said that the wolf attacks his master at last, after he killed one thousand animals. Only one grasshopper is included in the number. He has already killed about one thousand animals, I think. If we don't kill Man now, he may make a terrible problem." Man heard her talking, he left Yakurou's house late at that night, howling three times.

As stated Japanese people's affection for pets is just not new, but with the electronics era, their love towards pet has been grown very high. I’m still not sure about their human friendliness as studying Japanese emotions are really difficult and I always doubt their transparency, however their love towards pets are truthful and they are animal friendly.
Visit me: http://www.camera-friendly.com